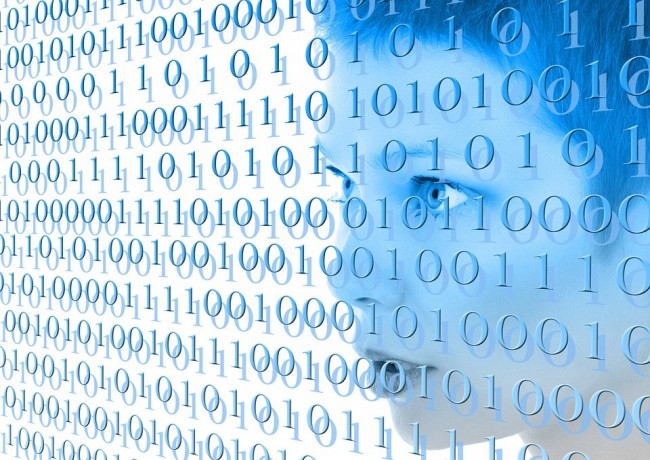 There are things that without the internet would be completely useless things that we may have taken for granted because we use them everyday things that we often use then one day (by reading this amazingly written article) we just found out that it uses internet. I am here to shine a light on all these everyday objects we don't care about just because we don't know how much we would actually need it if they were for some reason gone. Internet is today one of the most important part of our everyday lives.

There are a large number of things that can be done with the use of the internet and so it is very important. Today internet is used for different purposes depending upon the requirement. It is amazing how useful the internet is and yet most people are unaware of the numerous benefits of the internet. The internet is useful in each and every field. You can use it for education share market business and much more. You can also use it for sports news update mobile themes wallpapers videos software and so on. The internet is very useful provided you use it correctly. It helps you to stay connected with the world. you can keep the current records of the whole world at your fingertips. How exactly the Internet Plug could ever get pulled is a complicated question due to the expansive infrastructure that makes up the Internet. It would probably require the shutting down of every server and local DNS around the world. Some people have spoken about a major virus infection spreading through all servers and computers rendering them / the Internet in a paralyzed state.

There is also another wild theory where by the wind generated by huge solar flares will disrupt anything that carries current from telegraph wires anything metal computers servers etc. You can read about this theory if you Google Carrington Event of 1959 This theory is said to be predicted by Nasa. What would life be like without the World Wide Web. An interesting question in an age where the Internet plays an integral part of everyday life business and society! So what are the implications of a life without the internet?

Well firstly we should ask the question in a more specific circumstance. What would life be like with no Internet if the plug was pulled today? We ll be looking at this topic from this angle rather than trying to imagine the world without the Internet had it never been invented. Why? Because the difference of life without the internet ever invented and life with internet shut down today is incredibly and surprisingly massive.

10: No More Food In Stores When i say no more food i don t mean that there is going to be absolutely no more food existing on the earth. I mean there will be no more food or snacks available in any store.

The reason for this is that many food manufacturers rely heavily on the internet for many things from ordering supplies to shipping and so on.

9: No Access To Money Think for a moment about the topic of this article now think about all that hard earned money you got stored inside your bank account. Can t wait to cash out all that green right?. Now let s say the exact day after the internet collapsed you decide this is the day you cash out that green what do you see? A long line standing in front of a closed down bank. I ll let you think about the rest.

6: Harder Shopping If you have never shopped for something online at least once then you have LITERALLY been living under a rock Mr Patrick. Now i am not counting the people who don t have computers or internet but if you are reading this article right now and you haven t shopped for anything online then it s true you really have been living under a rock. People that have done that know how much internet is needed for this from placing the order to tracking the shipping internet is used for almost half of the process.

4: Harder Research We may not know how important this one is now but once and more importantly if the internet were to for some reason collapse in order to do research you need to go through hundreds and maybe even thousands of books in a library to find out that specific information. Ever since the internet came alive everything is available just one click away. Right now that we have internet available all we have to do to get some form of information is Google It .

3: Entertainment Probably going to be a big problem for a whole lot of people. From watching your favorite videos to listening songs playing games chatting with your friends watching movies and so on have all been possible due to the internet. Entertainment has proven to be one of the most important uses of internet.

2: Airport Chaos Although this one s pretty obvious you probably never thought about it before. Since the birth of the internet it became easier to set appointments for various activities. One of the most important activities were booking flight appointments. Who knows how the airline industry would function at all without the internet.

1: Job Search Now this one is very important. In addition to unemployment where are you to find a job without having the internet. With the use of the internet this has become an easier task. There are endless amount of websites on the internet that feature in this category. Job search is easier now all thanks to internet. A long time ago one would have never predicted the size and impact the Internet has made on our planet.

Now with every kind of service including government healthcare commerce and financial services brokered through connected devices the stakes are much higher. Forces like cyber terrorism government corruption and lack of infrastructure resources threaten the fragile digital ties that connect our world. We so often take the internet for granted when slow website load times lead us to abandon a specific website or maybe even walk away just to return to the Internet as we know it later that day.

We are just left to wonder: What impact does global connectivity really have on our daily lives and the economy as a whole? What could happen if we’re left in the metaphorical darkness of not having the internet with us. Although we don’t know exactly what would happen if global connectivity or should I say “The Internet” were to shut down we do know it is being heavily threatened.

Both physical and cyber-warfare threatens global connectivity in specific ways. Physical degradation of undersea and land-based cables can prevent regions from getting Internet service. Government-ordered shutdowns as we saw in Iraq during the summer of 2014 are another common occurrence in areas threatened by violence and terrorism. In some cases social media services like Twitter and Facebook are being temporarily shuttered during times of unrest. Similarly anonymous distributed denial of service (DDoS) attacks and cyber security breaches happen on a near-hourly basis occasionally on a massive scale. Life without the internet how would that really be? It would be exactly as it was before the World Wide Web was so popular. You had to go to the library for any info.

You had to look into white/yellow pages books for telephones. You had to ask for information or order things by telephone. To communicate fastest way was by telephone which was expensive to talk by long distance. Or if you could wait you could write letters and send physical photographs by normal mail which would take weeks or more. If something was urgent and did not have a telephone you had to send a telegram. Most everything else was done personally by going physically.

And that’s it. The internet has accelerated our communications and the distribution of information. Information did exist but it was a lot more harder to get it. Above all we have to remember we got to where we are today without the Internet. The Internet was a technological advancement that excelled us into the 21st century and changed the way we socialized did business and purchased goods. It paved the way to the future and still has many exciting advancements ahead of it s self. Witnessing the loss of the Internet is probably very unlikely but either way I m quite sure as a human race we d adapt and persevere as we have done for thousands of years. Those who grew up with the Internet well established around them simply can t comprehend life without it. There are however many of us who lived life before it s time and have experienced a life without the Internet. For more interesting top ten lists like this visit ClinTops. Do you think you can live without the internet?