Error: SQLSTATE[HY000]: General error: 1194 Table 'unique_tracker' is marked as crashed and should be repaired 5 Reasons About How Social Media Destroyed Our Social Life | Orrec

5 Reasons About How Social Media Destroyed Our Social Life

i thought it was supposed to help us 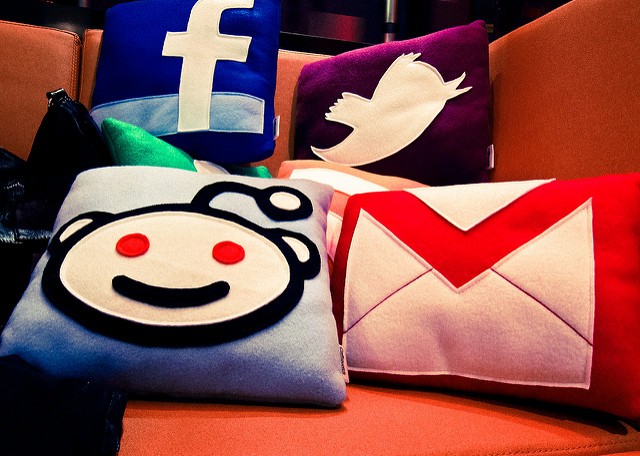 With a good majority of people nowadays having access to the internet it is no surprise that roughly 76% of internet users have a social media account of some sort. This number has been rising over the past decade as more and more people are getting internet access not only at home but also in the palm of their hands with smart phones and other devices. Social media was designed to bring people closer and keep each other up to date with what is going on in their lives. But in reality people are becoming too dependent on social media looking for attention and social interaction online rather than in the real world. Here are some other ways that social media is ruining our society:

1- It made us ANTISOCIAL

With more teens and even kids in elementary school obtaining social media accounts we should have expected that millennials would become less social in the real world. Kids and young adults would rather keep up to date on their social media profiles instead of interact and socialize with the people around them. Even in social areas such as restaurants and parks kids are on their phones updating their statuses and seeing who Sally is dating now. Rather than interacting with the people around them their eyes are glued to their phones.

2- Do you feel addicted?

People may think about drugs and alcohol when they hear the word addiction  but people can easily get addicted to social media. These addicts have the constant need to update their status even on multiple social media platforms such as Facebook Snapchat and Twitter to name a few. Not only do they keep their constant living up to date on these sites but they are constantly refreshing and reading what others are posting as well. This can get in the way of the lives of people with this addiction because they would rather be checking their phones or computers than going out places or actually spending quality time with friends and family.

It may not be a big deal to post a picture of Fluffy and yourself enjoying a night in after a long day of work but there are some posts and pictures that can ruin opportunities for people. That one rant with vulgar language about the boyfriend/girlfriend who cheated on you or even a picture from that one crazy party can be seen by people you really wish hadnt seen them. When it comes to applying for a job internship or even being on a sports team a boss or coach can easily look up a name and see those rather deterring posts. An employer may find it inappropriate or see it as a sign of a persons personal traits that would not make them desirable for a position.

Social media is a breeding ground for controversial topics. People can post their opinions on recent events political stances and a boat load of other topics. This may seem to be a great way for people to express their opinions and be themselves but if the opposing opinion is much more favored than an individuals own they may side with the others as to avoid ridicule or not even post at all. Another issue with these widely discussed topics is the spread of falsified information due to popular posts by popular people. Some articles that have strongly opinionated material that is taken much too literally and is then misinterpreted by the public.

Without a doubt the biggest issue with social media is cyber bullying. Cyber bullies have the ability to bully someone without actually interacting with them in real life. This can be just as harmful as physical bullying since it can really hurt the victim on a psychological level. Most cyber bullying also goes unnoticed since most is not reported to proper authority or anybody at all. It can also be tough to spot this because cyber bullying can appear to be sarcastic or just messing around when in reality it is a direct attack on the victim.