Error: SQLSTATE[HY000]: General error: 1194 Table 'unique_tracker' is marked as crashed and should be repaired Britain would still be attached to Europe had this ridge remained intact | Orrec 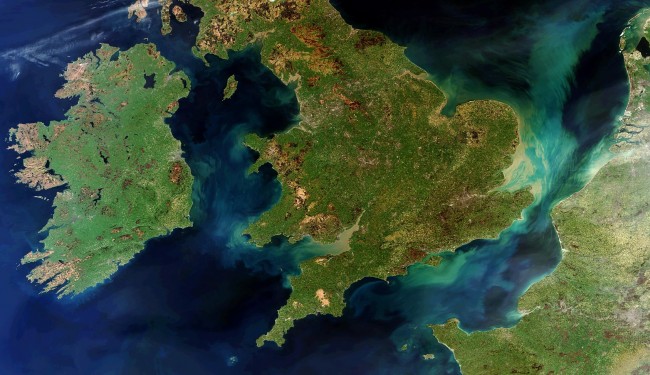 Historians have long attributed Britain’s history and identity to its insular geography. However were it not for a dramatic breach of a natural dam at what is today the Dover Strait things may have looked very different. New research investigating the seafloor of the English Channel suggests that a row of deep holes were likely caused by waterfalls spilling over a chalk ridge that connected Britain with continental Europe. The ridge would have been high enough to hold back rising seas after the ice age meaning Britain might still be part of continental Europe today had the water never breached it flooding the English Channel. We spoke with Sanjeev Gupta lead author of the study and a professor of earth science at Imperial College London to learn more.

ResearchGate: What was the Dover Strait like 450 000 years ago?

Scientists used sonar data to characterize the topography of the current seafloor in the Channel and particularly in the Dover Strait. This is obviously a complex landscape as lots of different processes both continental and marine have shaped it. But the most dramatic feature you can see in the Strait is a really prominent large valley that cuts through from the North Sea into the Channel. Many of its features suggest that it was eroded by large scale flood erosion. It is difficult to explain these features by normal fluvial processes. This seafloor data tells us about a second episode of erosion. To understand the first episode we need to look below the surface of the seabed.

Evidence of the deep sediment-infilled depressions that we interpret as “fossil” plunge pools was first identified from the surveys done for the Channel Tunnel in the 1960s and 1970s. They had to change the route of the tunnel because it would have gone into the loose sediment infill of one of these depressions. At that stage they were thought to be formed from erosion by ice sheets but we now know that the ice did not reach this far south to the Dover Strait. Marine geologist Alec Smith suggested that these depressions might be plunge pools but he lacked the data to demonstrate this robustly so it seems his idea was not generally accepted.

Scientists said: We set out to test Smith’s idea by collecting really detailed geophysical data in the Strait. A lot of credit goes to colleagues at Lille University the University of Ghent and the Royal Observatory in Belgium for collecting data in a very difficult environment in the Dover Strait. These data allowed us to map the morphology of these depressions in detail and show that they truly were localized depressions carved into bedrock up to 100 m deep. They also show that they occur strung out across the Strait parallel to where the rock ridge would have connected from Britain to France. We don’t observe such deep depressions carved into bedrock elsewhere in the Channel. This gives us confidence in our interpretations that these are plunge pools formed by water spilling over from a lake dammed behind the rock ridge.

We now have a water body in the English Channel and North Sea which are connected by the seaway at the Dover Strait. This extensive waterbody is there because we are in a warm interglacial period and sea-levels are relatively high. During glacial episodes the seawater gets locked up in ice- sheets and sea-levels fall. At the Last Glacial Maximum sea-levels were about 120 m lower than present and most of the Channel would have been dry land. However if there had not been a breach to form the Dover Strait sealevels could not have exceeded the height of the rock ridge even during the interglacials. So Britain became an island during and interglacial period because of both a breach in the rock ridge and high interglacial sea-levels.

Particularly given the current political landscape. Were it not for these perhaps chance geological events that created a breach in the Strait Britain would have been a promontory of northwestern Europe. Even during interglacial sea-level highstands the chalk ridge would have connected Britain to France. It would not have been an island nation and there would have been no need for a Channel Tunnel. A motorway would have crossed the ridge allowing you to drive from Britain to the continent and vice versa. It’s an interesting “what if.”