Tattoos are permanent, so choosing the right one is a big deal

If you’re going to get a tattoo, go all- out and ink your favorite celebrity’s face

Ahead celebrities who've gotten tats of other famous people. 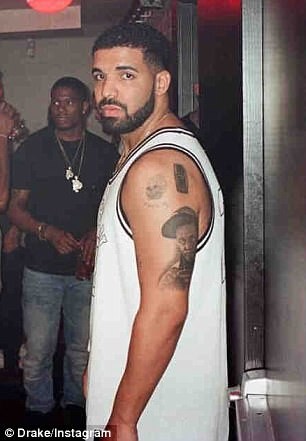 Along with a tattoo of Lil Wayne on his bicep, the rapper also has tats of Aaliyah on his back and Sade on his side. 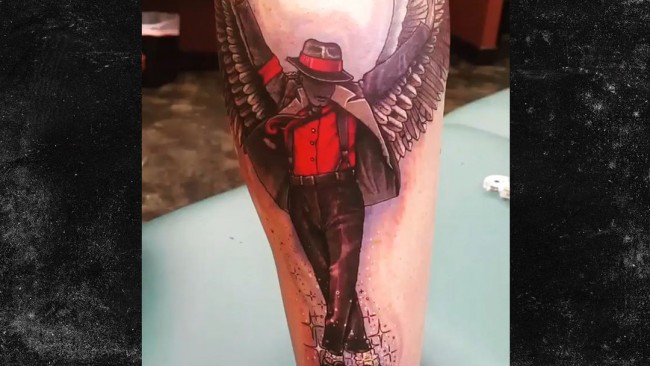 Prince has a tattoo of his late father, Michael Jackson, on his calf. The tat shows the King of Pop in his signature pose (arms in the air; ankles crossed) with angel wings behind him. 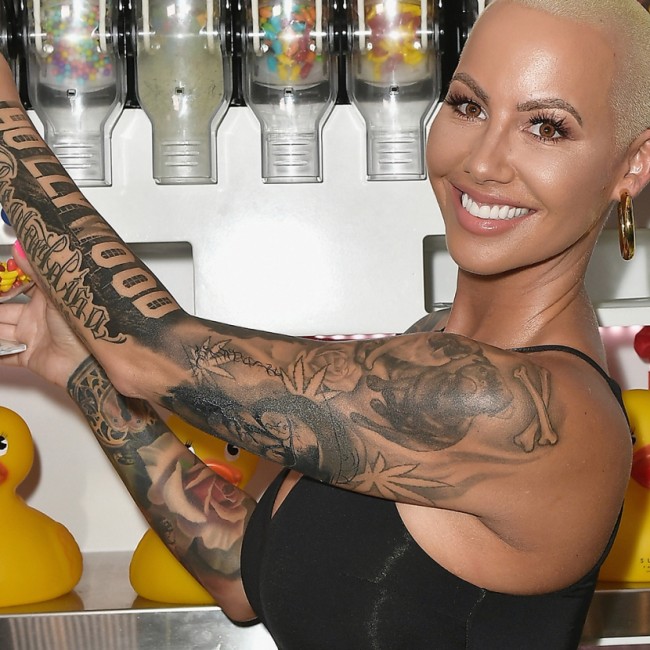 The model and self- proclaimed Guns N' Roses superfan inked the face of her favorite musician, Slash 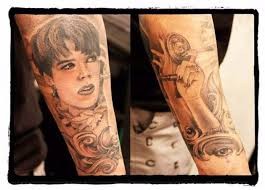 The lone Kardashian- Jenner brother tattooed his the face of his mom, Kris Jenner, on his forearm. The ink matches a tattoo of the reality star's late father, Robert Kardashian, on his other arm. 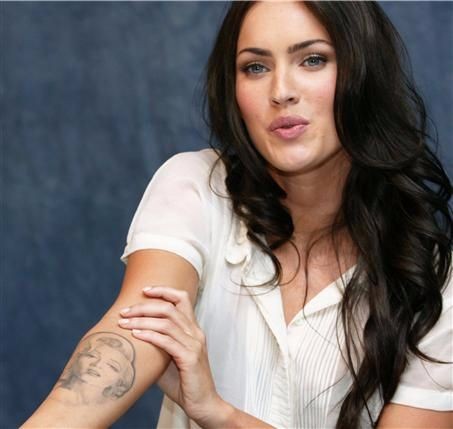 Before removing it in 2012, the "Transformers" star had a tattoo of Marilyn Monroe on her forearm. 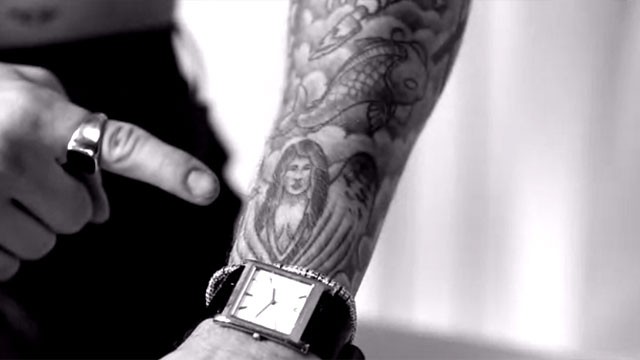 Justin Bieber tattooed the face of his then- girlfriend, Selena Gomez 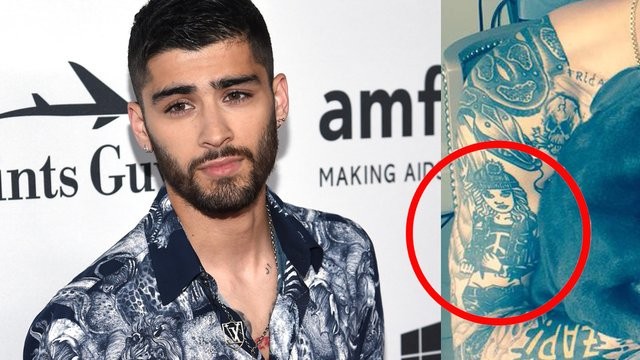 Years ago, when the former One Direction member was dating Little Mix singer, Perrie Edwards, he tattooed her likeness on his bicep. However, after they broke up and Malik moved on to model Gigi Hadid, the singer has covered up the tat with a UFO space scene. 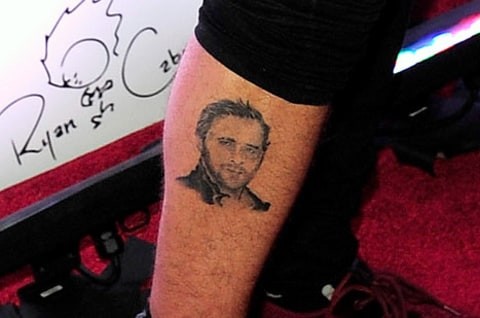 In 2013, singer Ryan Cabrera caught media attention when he steppd out on the red carpet with a tattoo of actor Ryan Gosling on his calf. 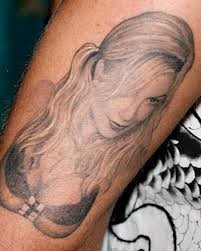 "Chopped Canada" host Dean McDermott has a tattoo of his wife and "Beverly Hills: 90210" star, Tori Spelling, right above his elbow. 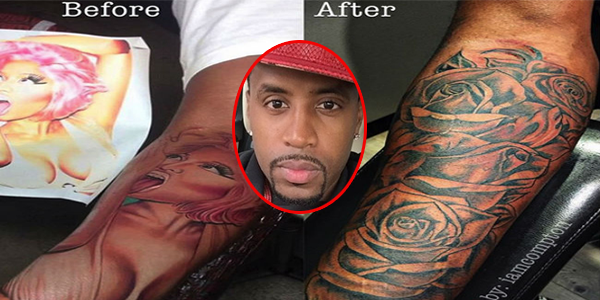 The rapper tattooed his longtime girlfriend, Nicki Minaj, on his forearm. However, after the couple broke up in 2014, Samuels erased his ink of the "Starships" singer and covered it up with roses.