Though metal mutant Colossus had appeared in previous X-Men movies fans were not that pleased with the interpretation of the character (as played by Daniel Cudmore) and hoped to see a more comic-accurate take in Tim Miller’s Deadpool. 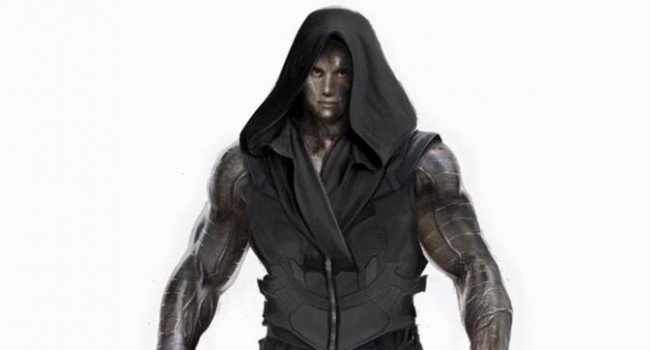 Thankfully that’s exactly what they got as the all-CGI character looked and sounded a lot more like he should have and almost stole the show from Wade Wilson. Now artist Alexander Lozano has posted some early Colossus concept designs to his Facebook page and it turns out the titanium tough guy was going to look quite a bit different at one point. The hood is probably the most radical departure from his final look and Lozano explains the logic behind that below:

Before the ‘final design’ was found I tried a few different ways. At that point of time I didn’t know if Colossus was planned as a ‘walking around in bright daylight’ character or more of a ‘hide in the shadows’ hero like in the old X-Men days. So I played around with a Darth Maul-hoodie and the idea to place the ‘X’ very subtle on his chest with the endings of his scarf. I also wanted to repeat the ripples in his arms with the design of the boots. …and a lot of possibilities to fix all the X-Men mansion keys at his pants.