Grandkids Who Are Dead Ringers for Their Celebrity Grandparents

Some of these grandchildren are already following in their famous grandparents' footsteps. Others are forging their own path. But they'll all remind you of their grandma or grandpa's younger self! 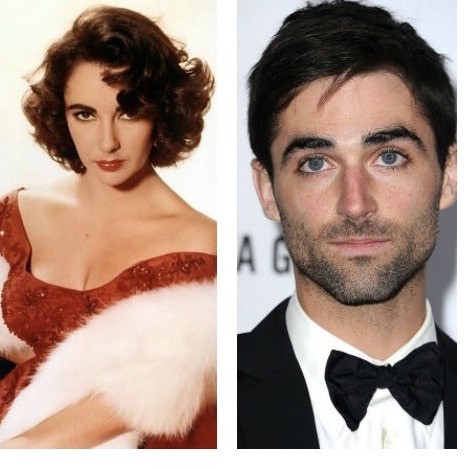 An artist, the 26- year- old got his grandmother's stunning blue eyes- - and face. (His mom is Liza Todd Burton.) 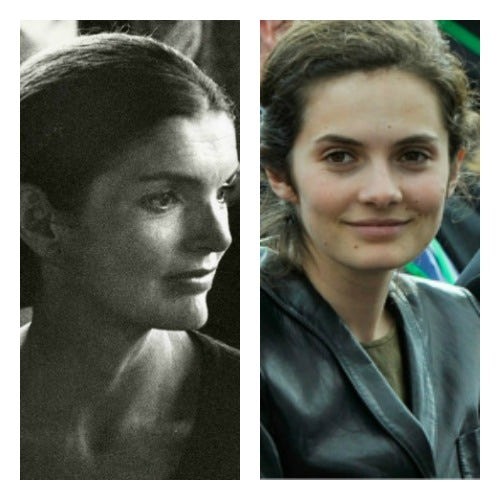 Schlossberg, born in 1988, got to hang out with her grandmother as a little girl. Now she's a comedian and filmmaker. 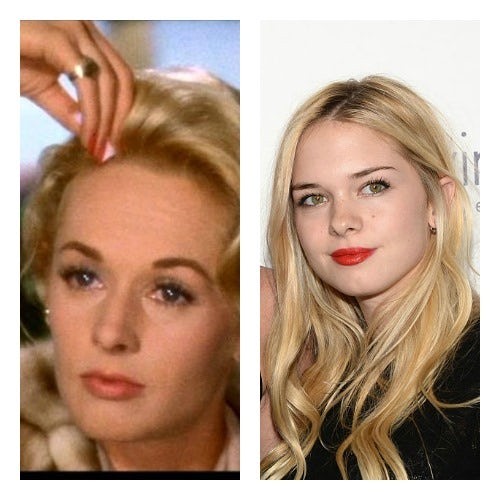 Though older half- sis Dakota Johnson may be the better- known actress, 19- year- old Banderas also wants to get into show- biz. Why not? It runs in the family! 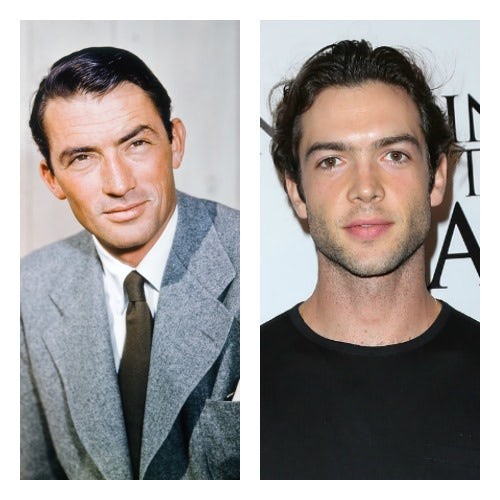 The 30- year- old is an actor too. He got his start on That '70s Show and once confessed that the Hollywood legend was just Grandpa, who taught him to how to float in a pool. 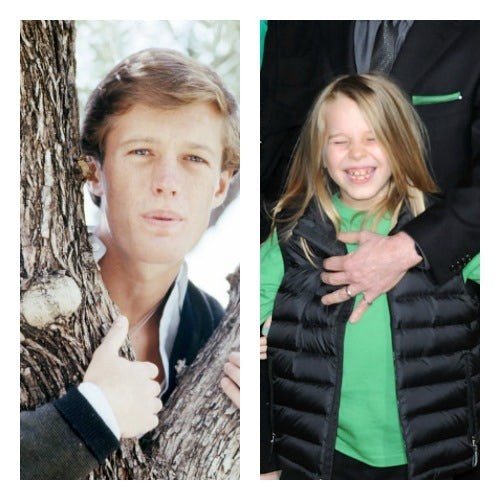 Born in 2005, little Oliver seems to have his grandpa's impish look down pat! Will he get the family acting chops, too? (Mom is Bridget Fonda.) 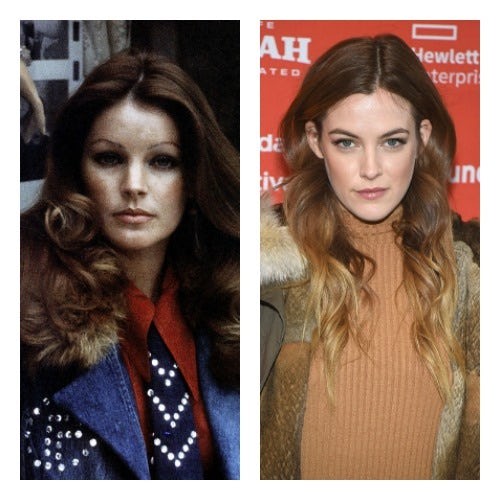 The eldest of Presley's grandchildren, Keough was born in 1989. She's an actress. You might have seen her in Mad Max: Fury Road. 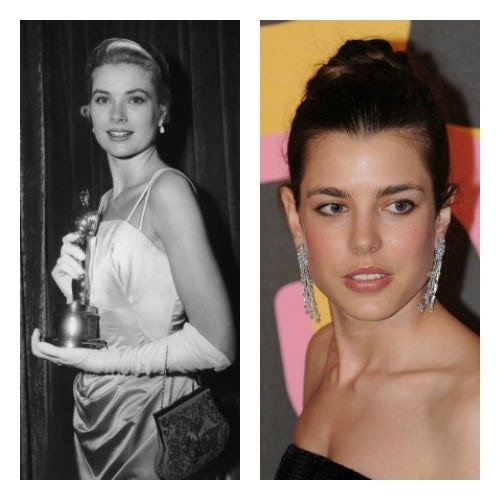 When she's not on official Monaco business, the soon- to- be 30- year- old rides horses, writes articles, and fund raises for the Princess Grace Foundation. 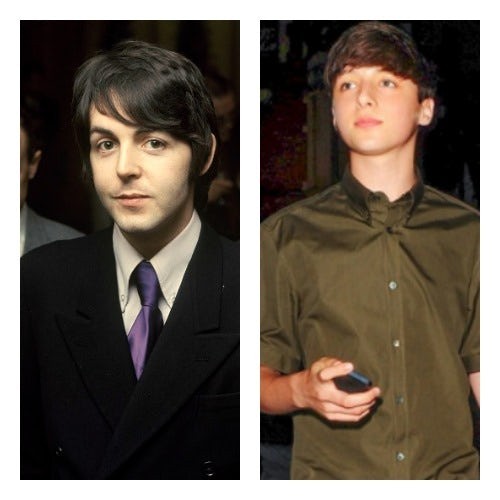 The mop- topped Donald is the son of Sir Paul's eldest child, Mary. He was born in 1999. 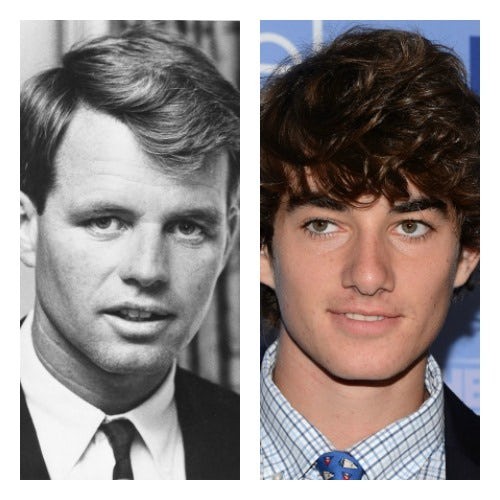 Kennedy, born in 1994, is now at Harvard and serious about environmental science. He's best known for dating Taylor Swift- - while still in high school. 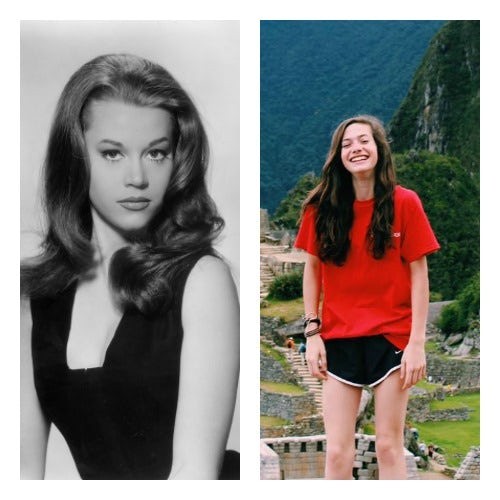 Born in 2002, Viva is just 14. But we bet she'll look EVEN more like her celebrity grandma as she gets older! 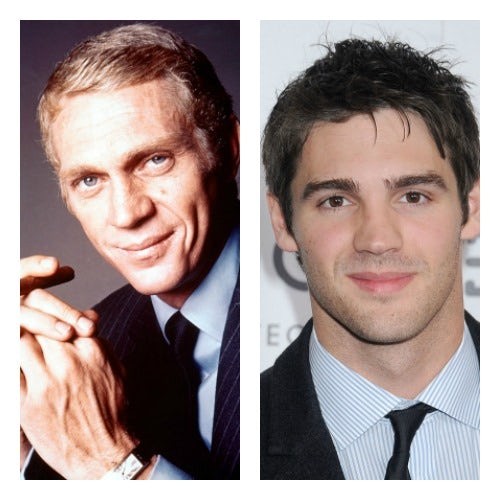 The younger McQueen, born in 1988, cut his acting teeth as Jeremy Gilbert in The Vampire Diaries. Now you can watch him in Chicago Fire. 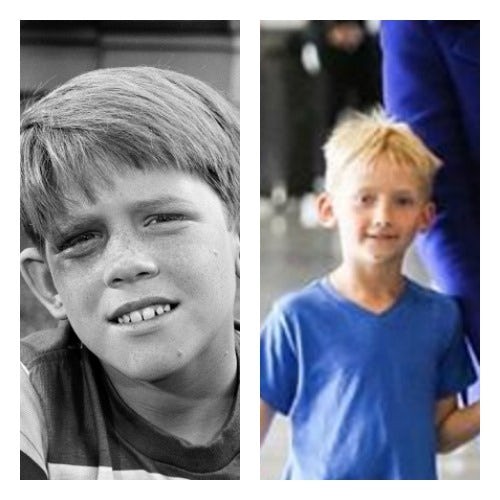