you will be amazed 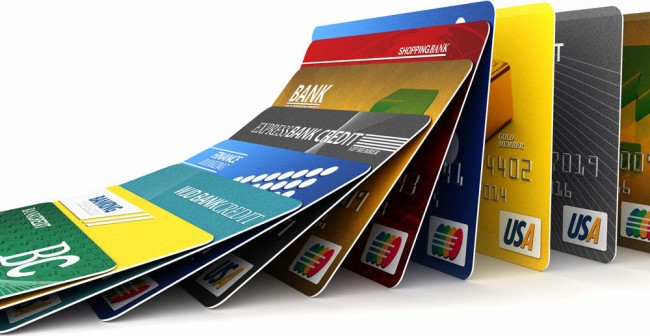 Most of people of civilized world are having at least one credit card in their wallet. We use it for almost everything and everywhere right now, we buy goods from the internet or at the grocery store. However, you pay the same amount with credit card as with money. It seems like there is no extra fees charged for using the credit card but the reality is: credit card companies make a lot of real big amount of money by you using their cards. Here we answer that question if it has ever crossed your mind!.

1- They charge the stores

Every amount of money paid by credit card charges the store you bought from an almost percent of 2% of the total amount. Lets say you have paid 100 Dollars for some cell phone, the store only gets 98 dollars while the credit card company gets 2 dollars on every transaction. Seems like a little amount of money but you can multiply that by billions of dollars spent every day with credit cards !.

2- They charge you for late payment

With a high interest of 12% for every month you are late for paying your bills, credit card will charge you fines for being late. You be up to date with your bills but millions of people are late every month for their payment. The main reason for being late isn't the inability to pay, therefore you will be amazed that the main reason is simply (ignorance)!. Some people are not even aware that they should pay at a certain date so credit card company were accused lately of targeting people with less education and we will come to that later!.

Credit card companies charge you whenever you sign up for their fees and also they add some annual renewal fees you probably don't know about. The renewal fees seem to be a little bit amount of money but as we said before, we are talking of a scale of at least one billion credit cards or more around the world!. Imagine that large scale with a little amount of money. These guys earn big!.

At 2016, A 2016 National Bureau of Economic Research (NBER) study published by Hong Ru and Antoinette Schoar suggested that credit card companies have been deliberately targeting people with low education than those with higher education. These people were found to be dealing less efficiently with sophisticated financial matters.

Credit card companies approach such people with offers that start off at attractively low rates but rise rapidly when they are late for payment or go over-limit. More-educated people have less tendency to use these types of accounts. It is no wonder that a 2012 Demos study found that households in which someone had been unemployed for at least two months in the last three years period before 2012 were 14% more likely to be carrying debt cards than households in which all adult occupants were employed. The same study stated that families with children younger than 18 years old were 15% more likely to be carrying cards than families with no children or with children older than 18. Finally, the study found that participants who had a university education were 22% less likely to be holding cards than those who were only having a high-school education. Credit companies are aware of these facts and so they target less educated people who have less capabilities to deal with financial decisions.