IQ test and what makes some people smarter than others?

Intelligence Quotient (IQ) is a worldwide recognized method/test to assess the actual intelligence level of someone. The main concept that IQ is just a number is meaningless as the IQ number denotes a ratio among the whole population. For example, the mean population IQ is 100, so if someone has an IQ of 120 it simply means he has an IQ of 120%. In other words, he has a 20% more intelligence than regular people.

We've all heard the term IQ, and are basically aware that it is a test of a person's intelligence. What kind of intelligence this refers to has perhaps not been specified. An IQ test serves only as a measure of a person's academic intelligence, and his/her ability to read and comprehend information. How a person does in life and deals with certain situations, or a person's emotional intelligence is not measured by IQ. What an IQ test also doesn't tell you is that a person's IQ is not the only measure that will determine his/her success in life. A person's genes, environment, his diet, lifestyle, culture, race and gender (with no bias towards any) also affects a person's IQ. Thus, if you receive a low or a high IQ score, you cannot solely consider it as your ticket to failure or success.

Note: All IQ tests must be administered and interpreted by trained professionals in order to avoid misinterpretation of IQ scores.

Range Classification130 and above Very Superior120-129 Superior110-119 Above Average90-109 Average80-89 Below Average70-79 Borderline Mental Deficiency69 and Below Possible Mental DeficiencyGiven here is the classification of IQ levels according to the scores achieved after taking a standardized and legitimate IQ test. There are ranges of intellectual superiority as well as profound mental retardation that are defined based on IQ scores, and these go beyond the final levels mentioned here. Provided alongside is the classification of IQ levels based on the Weschler Intelligence Scale, and the ranges are applicable only for those who have taken tests on this scale.This scale is representative of the age group 16-74. 50% of the population has an average IQ score, while about 17% have either above average or below average scores. A small 2.2% is intellectually gifted, while another 2.2% of the population has an IQ score below 70.A common concern is that the IQ scale for children vary from those of adults. While the scale for children is different, it is also important to keep in mind that a child's IQ levels may change with age, due to exposure to different situations, diet and lifestyle habits.High IQ Levels:Some individuals are known to be 'gifted' as they attain superior scores on IQ tests. There are specific ranges of giftedness too, and these ranges have been represented in the table below. Range Classification115-129 Mildly Gifted130-144 Moderately Gifted145-150 Highly Gifted160-179 Exceptionally Gifted180 and above Profoundly GiftedHigh IQ levels are also affected by several factors. The ability to perform extremely well in an IQ test is attributed to the theory of 'nature and nurture'. This means that though a high IQ may be hereditary, it is also likely that a person may score well on such a test due to his surrounding environment, his education, his lifestyle, his diet, and several other factors. As mentioned earlier, IQ levels are measures of academic intelligence rather than general intelligence. As such, all these factors do play an important role in determining one's score. It is also believed that one's culture, race and gender (with no bias towards any) also affects IQ levels. Studies show that the definition of a 'normal' IQ score will keep increasing with every generation due to the ease with which information is available, and the general changes in lifestyle that people are following. This emerging trend has been termed as the Flynn Effect. Always keep in mind that a high IQ score is not the ultimate representative of intelligence. One's personality, emotional intelligence and one's overall ability to deal with myriad situations in practical ways are equal determinants of a person's intelligence. Such a person may be considered gifted over someone who may just be intellectually gifted and my lag in these areas.Low IQ Levels:Much has already been said about the highest IQ score. Let us delve a little into the lower side of the spectrum, and how low IQ scores are associated with two conditions, autism and mental deficiency. Many a time, autism and mental deficiency are confused with each other. These are two completely separate conditions, and simply by measuring the IQ levels of those who are affected by it, these conditions cannot be diagnosed.Range Classification70-79 Borderline Mental Deficiency50-69 Mild Mental Deficiency35-49 Moderate Mental Deficiency20-34 Severe Mental DeficiencyBelow 20 Profound Mental DeficiencyThe range below 70 indicates mental deficiency, as has been seen from the table above. This is one measure that can help diagnose it because a standard achievement of such scores has been seen by those who suffer from mental deficiency. In fact, just like there are levels of giftedness based on IQ scores, there are also levels of mental deficiency based on IQ scores.85% of the population that takes IQ tests suffers from mild mental deficiency, while about only 1% may suffer from profound mental deficiency.Contrary to IQ levels of those who are victims of mental deficiency, levels of those suffering from autism vary from person to person, depending on the severity of the condition. Even if autistic individuals have low IQ levels, they have several other strengths and abilities that help them stand out. For instance, some autistic children and adults may have a low intelligence quotient, but may show strong artistic or musical skills. There may be some autistic persons who may have average IQ levels, above 70. However, those who have severe autism, which makes for almost 70% of cases of autism, will give a score of below seventy.As mentioned earlier, solely IQ levels cannot be considered as methods of diagnosis of these two conditions. We have already seen the variations in these levels of intelligence quotient that separate the two conditions. However, mental deficiency and autism have a common symptom. They are also marked by a disability to perform daily functions on their own. You may come across cases where these conditions may appear similar, but there is a distinct difference between the two. Providing therapy to those who are autistic can help in increasing their IQ levels over time, to a slightly normal IQ score, and can enable them to lead a less dependent life.Many believe that high or low IQ levels are in the genes. This is not completely true. The effect of genes is not the only factor that determines a person's IQ. As has been mentioned before, a lot of the environment and other factors play an important role in determining these levels. Studies now show that every generation is going to have a higher IQ level than its previous generation. This means the interpretation of IQ scores will also be modified over time, and the definition of intelligence will transcend further barriers, to include several other factors.Final word:

IQ level may tell you that someone could have better or lower abilities than others, but when it comes to real life, IQ number won't help much. Bill Gates once said: people expect to get employed just because they have a university degree. He is totally right, in the world we live in you have to take every chance you get, work hard, work smart, and learn to move on. But if you get stuck to some numbers given to you by someone else, you may never achieve success.

Why can't we develop Artificial Intelligence yet? 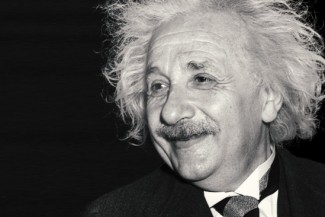 The truth behind Sophia the robot

5 Reasons About How Social Media Destroyed Our Social Life

Can You Spot These Animals In Under 2 Minutes?

Why Should We Travel? Discover With Us The Types And Benefits Of Travel 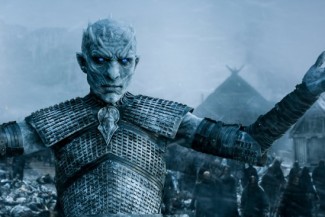