Error: SQLSTATE[HY000]: General error: 1194 Table 'unique_tracker' is marked as crashed and should be repaired It exists for TRILLIONTH of a second but Brit scientists find particle to explain universe | Orrec

IT exists for just a trillionth of a second and even travelling at near lightspeed moves just two millimetres before disappearing forever. 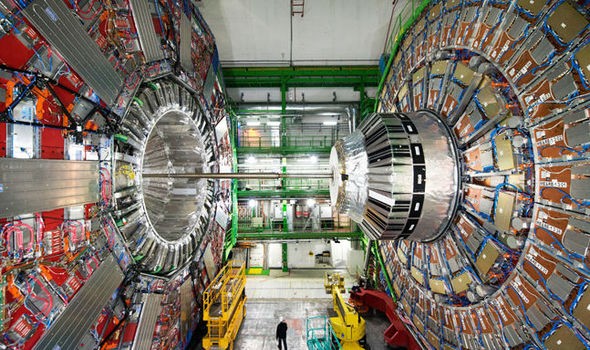 But the infinitesimally small particle discovered by a British team of scientists working at the CERN Large Hadron Collider is another huge step to explaining the fundamental physics of everything. –– ADVERTISEMENT –– The fact the research team found anything at all is incredible as the particle was travelling at almost 670 616 629 mph – and even at that speed only managed to travel two millimeters before ceasing to exist. The science is bonkers – but the team led by University of Glasgow researchers confirmed the existence of a new particle snappily named Xi-cc++ which is part of a family of “doubly charmed baryons” that are predicted to exist by the Standard Model theory of particle physics. The Standard Model is a major theory which explains three of the four basic forces of nature. Only complications with gravity - largely from dark matter dark energy and gravity waves – are preventing physicists from formulating a more complete Theory of Everything. The Glasgow team used the Swiss-based CERN atom-smasher to crunch protons into each other at almost the speed of light then detected the radiation the formerly theoretical particles left behind. Dr Patrick Spradlin one of the lead researchers in the Glasgow University school of Physics and Astronomy team has spent six years in the hunt for the tiny wisp of existence. He said: “We collided different types of beams at almost the speed of light and you’re really looking for the things it leaves behind. “One of the things that makes it easier to see is the fact that it is unstable so it doesn’t exists for very long.” 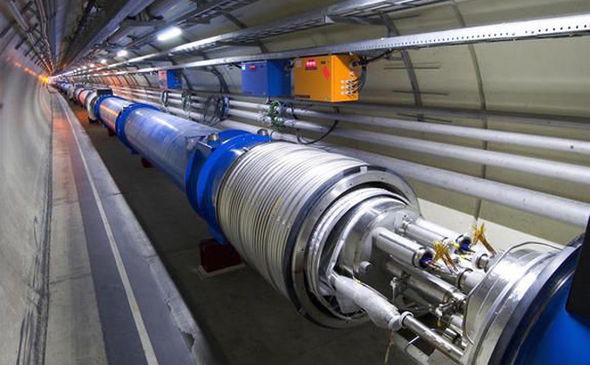 Trying to explain the mind-boggling science a Glasgow University spokewoman wrote: “Nearly all matter around us is made of baryons which form the nuclei of atoms and are composed of three quarks. The most commonly known types of baryon are protons and neutrons which are made of the light ‘up’ and ‘down’ quarks and make up the overwhelming majority of the ordinary matter observed in the universe. “However there are six types of existing quarks and theoretically many different potential combinations could form other kinds of baryons. All previously observed baryons contain at most one heavy quark; this is the first time that we have conclusively observed one with two heavy charm quarks. 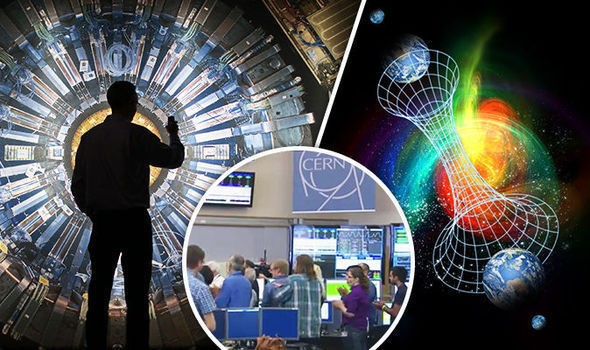 Charmed I m sure: New particle found at CERN is doubly charmed

Baryons with one heavy quark such as the ‘charm’ or ‘beauty’ quarks have also been observed routinely in cosmic rays and at accelerator facilities such as at CERN’s Large Hadron Collider (LHC). “The new doubly charmed Xi-cc++ baryon contains two heavy charm quarks and an up quark. In contrast a proton has two up quarks and a down quark and a neutron contains two down quarks and an up quark. As a result the Xi-cc++ particle has a mass of 3621 MeV/c2 which is around 3.5 times heavier than protons and neutrons.

Professor Paul Soler Professor in Experimental Particle Physics at the University of Glasgow said: “This is the first time that a baryon has been conclusively observed containing two heavy charm quarks and is a new frontier in understanding the strong force that binds quarks together.