Quantum mechanics The science that questioned our existence 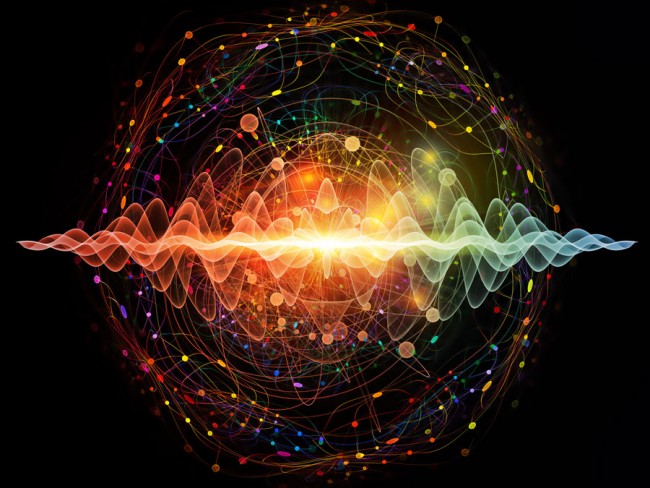 Quantum mechanics is a relatively new branch of physics that has been as small as it's relative recency but has made us question some matters that we used to take as facts and simple logic. In brief, quantum mechanics cares about the micro and macro events happening in our universe beyond our spectrum of normal sight. It studies electrons, photons, ultra small particles of the matter and also black holes and galaxies. This article is not about discussing complex scientific details rather than the simple questions the quantum mechanics has led us to ask.

The main reason of emergence of that amazing science is that the normal physics failed in explaining many phenomena that occur all the time around us especially on the micro molecular levels or even the macro level like stars, galaxies, and black holes.

Quantum mechanics (QM) developed over the years, starting as a set of controversial mathematical explanations of experiments where the math of classical mechanics failed to explain. It began at the turn of the 20th century, around the same time that the relativity theory was published by Albert Einstein , a separate mathematical revolution in physics that describes the motion of things at high speeds. Unlike relativity, however, the origins of QM cannot be attributed to one scientist. Rather than multiple scientists who has contributed to a foundation of three revolutionary principles that gradually gained acceptance and experimental verification between 1900 and 1930. They are:

So what is weird about the quantum mechanics?

Quantum mechanics has proven some weird events could happen which has led to many philosophical questions we explain in the following.

Can you exist in two places?

Your answer is probably NO but wait a second. Yes you can!. Of course not on our level of notice but on a very small prospective, under some conditions the scientists could monitor one photos passing through two holes at the same time. It was weird but as simply as it is, when you offer some photon of light the choice to choose between passing one hole or another you would expect it to select one path but rather than that it chooses both paths.

Can you be dead and alive at the same time?

Yes, although we know you rather staying alive but quantum mechanics has asked this philosophical question known as the Schrödinger's cat paradox. Quantum mechanics says that electrons are only measurable when you look at them. So if we have a cat inside a box with a switch to an acid container that will kill the cat but there is also some radioactive material that will control the switch with a 50 percent to both open or close the switch. The uncertainty principle of QM is stating that until you look inside the box, the cat stays both dead and above which is called (the super- position).

Are you there or not?

According to QM, the electron exact position cannot be measured until we look at it. So basically the electron running around the atom is not there by it's physical form until someone looks at it. Otherwise the electron goes in a wave form rather than a particle form. This is called the Particle- Atom duality principle.

Do you have an effect on someone else you didn't meet?

QM states that if you get two identical electrons rotating in different directions and you split them apart. Lets say one in china and the other one is in USA, so when you affect the rotation of one electron the other one is affected too although the wide distance between them. This could go if you even put the both electrons on both sides of universe, distance doesn't matter here. Weird isn't it?

And finally this wasn't meant as a detailed explanation of the quantum mechanics, which you can read in full details yourself, but we wanted you to ask yourself these questions that we don't exactly know who or what we are made of. This is where the science stopped and the theories began. If you like this article, share it with your friends.