The Egyptian mystery that hasn't been solved till now 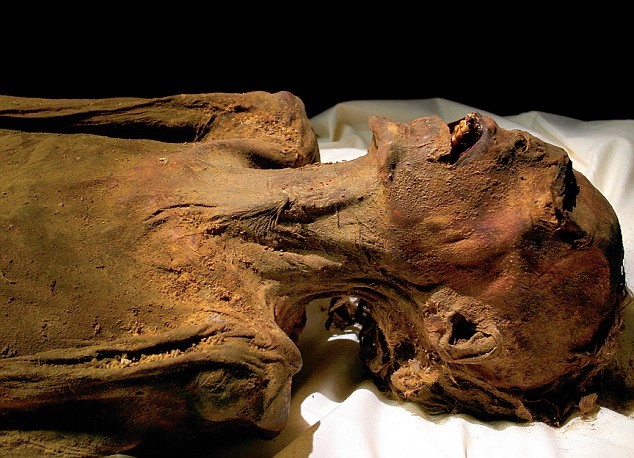 Many old Egyptian monuments still exist in till now preserved in a real good condition showing the greatness of these people. Even the dead had their share in concern of the old Egyptian man who always looked forward greatness in this life and the after life. However, our story doesn't end in a happy ending as we can see. This mummy suffered great pain and agony before he died and the reason for this is still unknown. That is not the only weird part about this mummy. The mummy was mummified with full organs intact without getting the internal organs out like the usual mummification way of the old Egyptians.

There might be some torturing crime included in the untold story of that unknown mummy. Even the mummification technique used didn't bother much for this mummy to survive for a long time. However, the mummy survived till today.

The mummy was discovered in 1886, with a surprising agonized expression on his face which has been the object of speculation since discovery. Many interesting theories have arisen, though none have been proven right for sure.Bob Brier, an archaeologist from University of Long Island, suggested that two parties were responsible for the mummy’s painful and agonized expression. First one was the murderer, while the second party was ensuring full preservation of the body (maybe due to a personal relationship with the victim).

Other researchers and archaeologists have come up with theories ranging from cold- blooded murder to poisoning to being buried alive. In 2008, National Geographic released a documentary specially investigating the possibility that the mummy could be (Prince Pentewere) - Who was the son of Pharaoh Ramses III- and he was suspected of planning his father’s murder. Ancient documents from the 12th century claimed one of Pharaoh Ramses III’s wives had been tried for conspiring to kill him, due to her desire for Pentewere to take over the throne. It is thought that when this plan was discovered, she poisoned Pentewere as punishment and rolled him up in sheepskin after being mummified.

If that was the case, the “scream” could have been due to the pain from the poison ingested. However, only a CT scan had been done of the screaming mummy, and it remains pure speculation whether the mummy was in fact Prince Pentewere. Less sensational theories suggest that the mummy’s jaw is open simply because his head most likely rolled back after death occurred. But even that bit of realism is as good a guess as anybody else’s.

History is full of unsolved mysteries till now and the old Egyptian civilization is the one with the most fascinating stories ever that still inspire history fans. After all these are all just theories but the real story we might not know at all. If you like this article share it with friends.