Who Directs These Bizarre Movies That We Call (Dreams)?!

You are running through the jungle
when suddenly a helicopter lands in front of you. You get on board just to
realize that the captain is a giant penguin. You jump of the helicopter only to
fall in a huge swimming pool in royal mansion. The pool is full of money. You
start grabbing as much money as you can when the alarms go on!

You open your
eyes to find your self in your room. Yes you were dreaming and the alarm was
your phone waking you up for work.

It is a
very common situation. Every one dreams but have you ever wondered why do we
dream? What are dreams ? And why almost all the dreams are  chaotic  and
not logical?

To
understand that we need first to know what happens to our brains when we
sleep.

Actually ,
a normal adult goes through 4 - 5 sleep cycle each
night.

Each sleep
cycle  consists of 4 stages. First we have NREM sleep (non
rapid eye movement) which is consist of three stages and the forth is REM (rapid
eye movement).

Sleep
starts with Stage 1 which is the lightest stage of NREM. In this
stage , waking up is easy. Your body starts to relax and your brain electrical
activity starts to slow down. Sometimes in this stage , people may experience
muscle spasm and in some occasions may have the feeling of falling while
drifting in and out of this stage.

Next there
is Stage 2. Here arousal and awakenings do not occur as Stage
1. Brain activities continue to slow down , body temperature and
heart rate starts to decrease.

Moving on
to Stage 3 , which is known as deep NREM sleep. In this stage
its difficult to wake up a person. But during the deepest stage of sleep ,
Parasomnias occur such as sleep walking , sleep talking and night
terrors.

And
finally we have REM sleep. Also known as the dreaming stage. Eyes move around very
quickly from side to side. Brain waves are more active and awakening here is
easy.

Sleeping
in the first two stages is light. If someone is awakened in those stages , he
will think that he was not sleeping. The NREM sleep
takes around 4 - 7 hours of our  sleep time each night.

In 1952 ,
researchers at the University of Chicago found out that during REM sleep,
the brain electrical activity was almost exactly as its activity when it is
awake. But , there was one huge difference. In this stage , the releasing of
chemicals in the brain such as norepinephrine , serotonin
and histamine was almost blocked.

Norepinephrine ,
mobilizes the body for action. It reaches its peak during stress and danger. It
increases alertness and vigilance , enhances formation and retrieval of memory
and focuses attention.

Serotonin  ,
or as some may call it the hormone of happiness. But its function is complex.
It modulate cognition , reward , learning and memory.

Histamine , is
involved in the immune response.

So in
result to the blocking of those chemicals , we may be running or flying in our
dreams but our muscles do not move.

A research
found that if  person is  learning a new skill during the day , the
same electrical activity of his brain during learning occurs during
sleeping.

One theory
of explaining why do we dream , suggests that , the unconscious parts of our
brain is busy organizing our thoughts and memories and strengthening
connections of what happened today and the day before which we may need in the
future.

While the
conscious part is implicated in planning complex cognitive skills and
moderating social behaviors. It differentiate between good and bad ,same and
different and  predicts future consequences of current activities.

It has the
ability to suppresses the urges that could lead to unacceptable outcomes.

The
organizing process that the unconscious part of the brain is doing produces
electrical signals that are detected by  the conscious part since it has
nothing to do while we sleep.

This part
as represented by the cortex , has no idea what those signals mean , so it tries its best to
form a cohesive story which create  a dream. The cortex also
pulls in other memories that we were thinking about lately to  explain the
stimulus.

This
theory proposes the idea that dreams have no purpose. They are a result of
other important processes.

But some
researchers do not agree with that. As we all have experienced , almost every
emotion felt in a dream is negative. And the most common one of them all is anxiety.

Those
researchers think that as the early humans has no idea of what threat they may
encounter , their brains developed away of stimulating anxiety through their
sleep to prepare them for dealing with that feeling in real life.

Building
on this theory , people who has more scary dreams has better chances of
surviving and also stronger genes.

Well sleep
is not always the relaxing time we enjoy during the night.

Some
people experience terrifying fearful events that cause them to wake up  with
a bounding heart especially in the REM sleep
stage. And its hard to go back to sleep after that.

Those
nightmares are caused by illness , anxiety , the loss of a loved and a negative
reaction to some medication.

Some
people also have nightmares after having a late night snack , which can
increase metabolism and signal the brain to be more active.

As any
biological and physiological process in the human body , sleeping may have
disorders too.

A parasomnia  cause
an unfortunate events or experiences that seem purposeful but in the wrong
time. In this case , after awakened ,the patient have no memory of what
happened.

One
very popular example of  Parasomnia  is
the case of Kenneth Parks.

He entered
using a key they previously gave him.

Using a
tire iron he bludgeon his mother in-law to death. Then he turned on his father
in-law to choke him to death but he managed to escape.

Parks ,
covered in blood , got in his car and drove to the police department to turn
him self in and said : “ I think I killed two people.”

At the
trial , the Supreme Court of Canada acquitted Parks due to the fact that the
doctors testified he was sleeping when he committed the crime.

Cases of
sleep eating also was reported. One lady  who was on a strict diet
complained that she is gaining weight instead of losing it. After observing ,
doctors realized that she is sleep eating. Each night she wakes up and eats
every thing she forbids her self from eating during the day. And in the morning
she has no clue about what she did at night.


To sum up
everything , theories about explaining what dreams are and why we have them
varies. Dreams still very much a mystery to us. 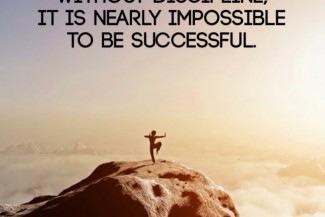 Baby Songs And Their Origins

Naps during days, how much is it helpful and how long should it be?

What Happens To You Under General Anesthesia?

Eating Just Before Bedtime: Is It Good or Bad for Health?

Other articles by Zain Alabdallah(All Articles) 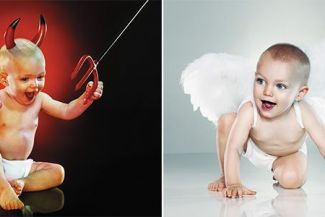 BABIES!!!....Good or Evil? The Answer May Surprise You. 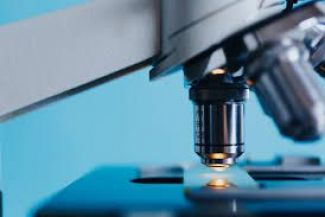 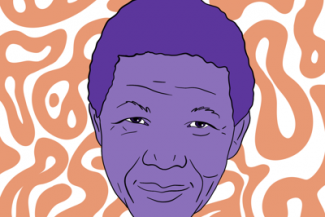