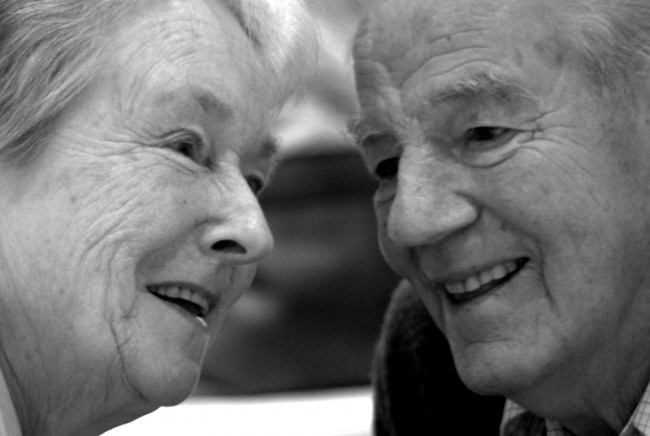 Death has been the enemy of mankind through history, people love to live even though they know they are going to die one day. Sooner or later it doesn't matter as it was and will be a fact for as much as we know. People could die of diseases like cancer or heart attacks or even accidents. We are not going to discuss these factors, we will just assume that all people would live a happy life with no diseases or accidents but still they will die eventually. The life expectancy has been raised in many countries through the past decades due to elimination of a lot of diseases and good health care systems but then it finally stopped at a point where we can't simply exceed. In 2016 the life expectancy according to WHO was lead by Japan at 83.7 years life expectancy while other countries fill simply between 70-80 years. What causes natural death? this is the question we should ask. Why can't we simply live forever as long as we have a simple and seemly infinite mechanism for cell division (Mitosis), why our cells can't simply keep regenerating and splitting forever?.

There are two leading theories for why people have to die on a cellular level, the first one is the Hayflick limit for cell regeneration, the second theory is the theory of phenoptosis or programmed cell death theory. 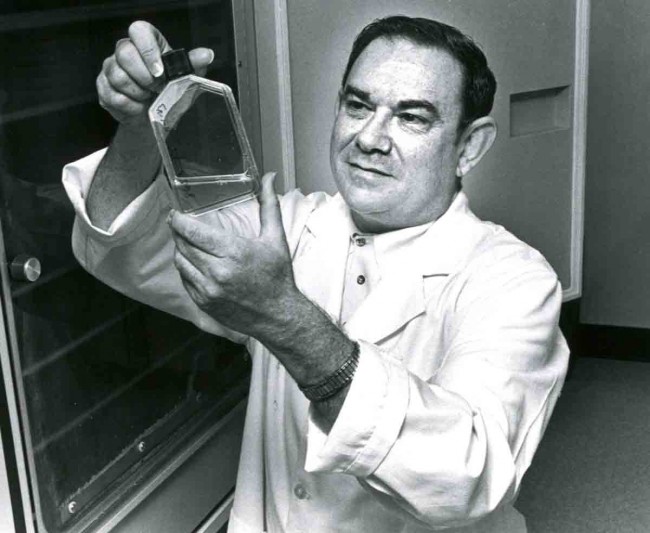 Leonard Hayflick in his lab

According to wikipedia "The Hayflick limit or Hayflick phenomenon is the number of times a normal human cell population will divide until cell division stops. Empirical evidence shows that the telomeres associated with each cell's DNA will get slightly shorter with each new cell division until they shorten to a critical length" Where cell division can't occur anymore. The Hayflick limit theory was first introduced by American anatomy scientists (Leonard Hayflick) in 1961, at the Wistar Institute in Philadelphia, Pennsylvania, USA. Hayflick suggested that a population of normal human fetal cells allowed to division at a cell culture will only undergo division range of 40 to 60 times and then proceed to a state of senescence. The explanation of this phenomenon was later introduced by stating that each mitotic division shortens each of the telomeres on the DNA of the cells slightly until the telomere shortening reaches a limit where no further mitosis can occur. 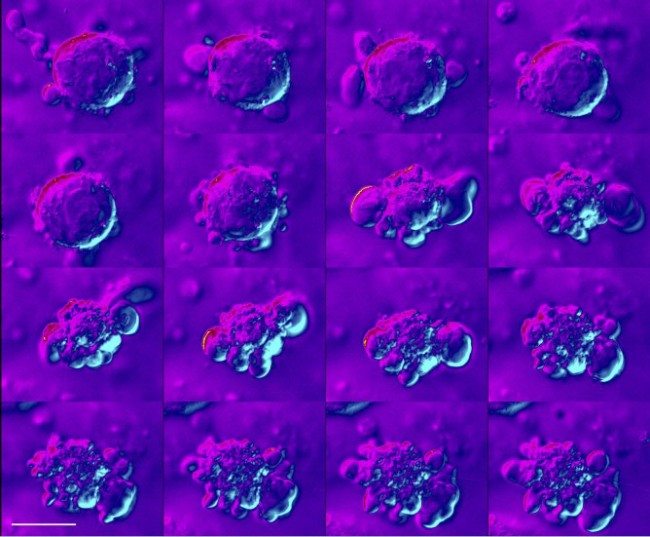 The concept of phenoptosis signifies the phenomenon of programmed death of an organism. some scientists believe that the main mechanism of phenoptosis is apoptosis which is a genetically motivated process of programmed cell death. The main difference between apoptosis and phenoptosis is that phenoptosis describes the death on organism level while apoptosis is dealing with cellular level. Apoptosis should be distinguished from necrosis as necrosis is a defined as cell death due to cell injury that would simply kill the cell while apoptosis is a cell chosen mechanism. Apoptosis is also regulated and controlled on high levels while simply necrosis is a cell forced to die, the same difference between murder and suicide. It is said that while apoptosis occurs on regular bases all the time for many reason - like cells being somewhere in the human body where they don't belong - or just for the reason of regeneration and giving space to new cells to emerge. At certain point of life - still the theory says - the process of apoptosis exceeds the process of mitosis where then the dying cells are becoming more than the newly born ones, this is where aging occurs and finally death.

So what religion has to say here?

Religion or any other spiritual beliefs simply help people accept the fact that they are eventually going to die and go to a better place, people have to die to meet eternity and get the full bill for their actions in previous life, if they did good then good they will be and vice versa. Many religions exist nowadays with various definitions of the same elements but here we quote Steve Jobs for his harsh but truthful quote:

No one wants to die. Even people who want to go to heaven don't want to die to get there. And yet death is the destination we all share. No one has ever escaped it. And that is as it should be, because Death is very likely the single best invention of Life. It is Life's change agent. It clears out the old to make way for the new. Steve Jobs